The Surreal Manifests : Murphy’s Law and the Dream Realized

(Part One: Colorado Exodus and the First Dispensary Experience)

On January first, 2014, I witnessed America’s first legal marijuana purchase, which was gloriously made by a military veteran. This was the watershed moment for marijuana normalization. I felt the intuition through my soul and into my bones. Being that it was a personally tumultuous time in my life, proceeding to Colorado to deal with qualifying medical conditions that would be costly to document due to my lack of insurance seemed like a logical solution. When overall side effects are considered, marijuana’s overdose is the medicines most lauded feature.  There are cases of people taking Zoloft and murdering their children without memory or emotional attachment. This has happened multiple times. There is rather convincing evidence of this. Links abound.

On the hand, the story of the deranged murderous marijuana madman massacre is a tale as tall as “The Cat in the Hat.” From a perspective of pure safety and value of utility, marijuana is a safer alternative to anti-depressants, opiate pain killers that have killed more people in my generation than Vietnam, hemp is a sustainable alternative to rope and clothing, and the benefits of CBD are being explored in great detail this very moment.

The opiate problem is staggering. “Combined, the number of opioid overdose deaths in 2016 and 2017 was 91,317 — well beyond the number of U.S. deaths in the Vietnam War.” This statistic alone should be enough to open peoples eyes to Marijuana as a possibly safer alternative. Opiates, at least from what I follow, is used for post-surgical and rehabilitation purposes. There is no drug that eliminates pain. There is no drug that eliminates adversity. Medicine is a tool that is not based on bottles. Healthiness is correlated to one’s lifestyle, genetics, and an encyclopedia of other factors. Pain is unavoidable. If my child broke his leg, I would rather him take marijuana edibles than morphine intravenously. Does that make me insane? Doctors give children diacetylmorphine, codeine derivatives, fentanyl, and every other chemical that would possibly trigger a gene in me or his mothers inherited from the civil war (my family fought on the Union side) and now I have Kurt Cobain because he or she broke his or her arm skateboarding as a child. †

When I was a child, I definitely broke some bones. As an adult, I have broken bones and have athletic injuries, including a surgical Frankenstein leg in which my shin and thigh are connected with tissue from the front of the knee (Patella Tendon) and have no meniscuses (menisci? ) I choose to deal with some ailments with marijuana. My convictions are strong. Some of the people I have loved the most in the world are no longer here because they got the IV and not the THC gummy bear, At least that didn’t help. Ultimately they made a bad decision, so I suppose I am very careful and cautious concerning the medical community after a group of medical professionals committed GENOCIDE on my generation.

This is only a fraction of the logic required to make the pilgrimage to Colorado in my rear-wheel-drive Dodge Ram,  across the Ohia and Missoura Valleys, surfing the endless, treeless, flat snow saturated tundra of the great plains. Traveling ever toward the worst crab legs in America near the Continental Divide, Kansas can induce a hallucinatory experience in eight hours of driving through a land where the sparse road signs are the last symbols of safety and comfort that you are on a United States Territory and Highway. You can not possibly order a more remote and seasoned traveler of a crab in America, and once you have traveled as far as the crustaceon, I was well within justification to stop at the Americana Oasis of edible creatures from distant lands. Shout out to Hays, Kansas. The tiny, nearly meatless crabs traveled thousands of miles to meet my decadent demand for the highest quality seafood in Kansas. The memory induces self-loathing. Then hunger follows, and then the guilt. It’s an endless cycle.

All continents and desires converge in myriad moments of magic anywhere in this beastly and beautiful experiment we call America. Dreams and Nightmares converge, re-emerge, disappear, and fail to declare which America the social weather with which we may be greeted. One moment you are eating the worst seafood buffet tat shouldn’t really exist, but since it does, it’s lovely. Yet, the marijuana that is legal 5 miles from the Chinese seafood buffet will put you in a Kansas prison. Heaven and Hell for any marijuana enthusiast are declared by invisible lines, extending hundreds of miles, divided by fresh snow and more snow; existing more as an idea than a tangible border. Where this invisible line that declares whether you can buy marijuana legally or be sent to the Gulag for the same activity actually sits is anyone’s guess. There is a highway sign, and beyond that, the thought of residing anywhere beyond Kansas up to North Dakota is enough to induce suicidal thoughts from the Dali Llama. It’s best to proceed well into Colorado, but every community in the state is not a Willie Nelson theme park

Hitting the Colorado border brings no magic legal marijuana store. In fact, it may as well still be Kansas. Eventually though, after an hour of snow sledding through 2 feet of snow behind giant industrial snow trucks four lanes wide, the sprawling mall of a city named Denver tells you that you are a mile high before you even know the location of a dispensary. One problem that wasn’t considered on this amazing voyage was the actual location of the marijuajna store. This didn’t seem like the most important detail. The 2,000 miles blizzard riddled drive was the hurdle I was prioritizing. So, being ignorant, I went to a coffee shop in hopes of an Amsterdam hashbar experience.

This is not how Denver works. In fact, there isn’t really a place to smoke that is legal. If you have more than 2 ounces of recreational reefer, you can go to jail. Ohio allows over 3 ounces to be carried with the penalty for possession of 99 grams being a $100 payout ticket. Still, in 2014, I was at the only place in America selling marijuana to people with a simple I.D. card. I just happened upon a dispensary not long after entering the city. Medicine Man is located near the airport. In spite of this, their prices were not bad, even for the time. Recreational ounces were around $250. If you were a Colorado medical marijuana card holder, you would pay half of that price, and the amount you can possess increases greatly.

Medicine Man was where I saw the first legal purchase occur on television. My intuition was that they would be more expensive than this imaginary Amsterdam I was still holding onto. My imagination is all that I had. My mind couldn’t visualize going to a store and buying marijuana. As I got closer into downtown, I saw the original Chipotle and across the street, a line around the block of a store accented with the now ubiquitous green cross. The line consisted of around 200 people. I waited outside for 40 minutes, and by the time I entered the store, I realized Medicine Man was cheaper, but at this point, I could not care less. I picked up a bottle of purple haze Sativa and some edibles that were also Sativa. The store was guarded by a man with an assault rifle in the lobby, which was a little off-putting. I asked him why this fierce armament was necessary. He explained another fun fact about Colorado’s Marijuana Dispensaries. All the products have to be processed on-site. A vendor can not simply buy a supply from a third party where flowers are concerned. A vast majority of the flower must be grown on-site. Thus, dispensaries are also manufacturers. The armed security was a common theme at the dispensaries/grow ops. I still was incredibly happy. It felt like a true win for marijuana, which when compared to almost any activity, is safe. Thirteen teenagers died playing high school football in 2017. Four to five children die playing baseball every year according to Stanford Children’s Hospital. Nearly every Over-The-Counter can lead to a deadly overdose if misused, and any kid can buy a bottle of Acetemenaphine. Last time I looked, there were no laws on the books to stop these plagues known as baseball and football which kill exponentially more people than marijuana considering marijuana is responsible for ZERO deaths ever.

Now, after debating this for decades, feeling like a freak of nature because of the medical benefits I have received from responsible marijuana use, and consistently pointing out the logic and reasoning that influences a grounded and sound opinion of risk versus efficacy, walking out of that store with my bottle of medicine was a liberation of sorts. My worldview was changing at that very moment, and soon the nation would follow suit, but hopefully without these automatic weapon toting mercenaries in the lobby harshing the mellow of “Dazed and Confused” playing on repeat through six flat screen T.V.’s in every dispensary from Aurora to Capital Hill.

Speaking of Capital Hill, have you ever had a homeless man try to sell you a pound of weed in a public park across from a federal courthouse? Well, you’ve never been to Denver, where you can buy a pound of that year’s cannabis cup winner and Denver native strain Chemdawg for $2,000, but you have to hide like a crack addict to smoke it. And the last question for part one that I will pose is what kind of homeless guy sells $5,000 worth of weed and walks back to the homeless shelter on Colfax? This was a brave new world for Marijuana, and in the five years since I bought that first bottle that I wasn’t allowed to smoke anywhere, passing by homeless men with thousands of dollars, I had my doubts to how all this legal marijuana experiment would turn out. It turns out that these humble beginnings just scratch the surface of this battle for federalism, state’s rights established in the 14th amendment, and the simple common sense that I have never seen anyone or anything seriously or really even acutely harmed by marijuana use. From January 2014 to now, a lot has changed. Laws and procedure differ from state to state, and as we travel down the legal marijuana roller coaster in this series, the regulations and procedures only increase in their peculiarity and general oddness as state by state, lawmakers figure out how many hands will fit in the legal marijuana cookie jar.

In Part 2, we will discuss Colorado Springs and the idiosyncratic rules of Colorado’s policy of leaving legalization to local municipalities. In Part 3 we will discuss the grey area of Michigan and their acceptance of out of state patients, and we will finish with a comprehensive series on Ohio. Until next time stay high buckeyes, be safe, and love your brothers and sisters.

†I think girls skateboarding is rad. If you like skateboarding and you miss Jakes Phelps, click here for our elegy to the Phelper. 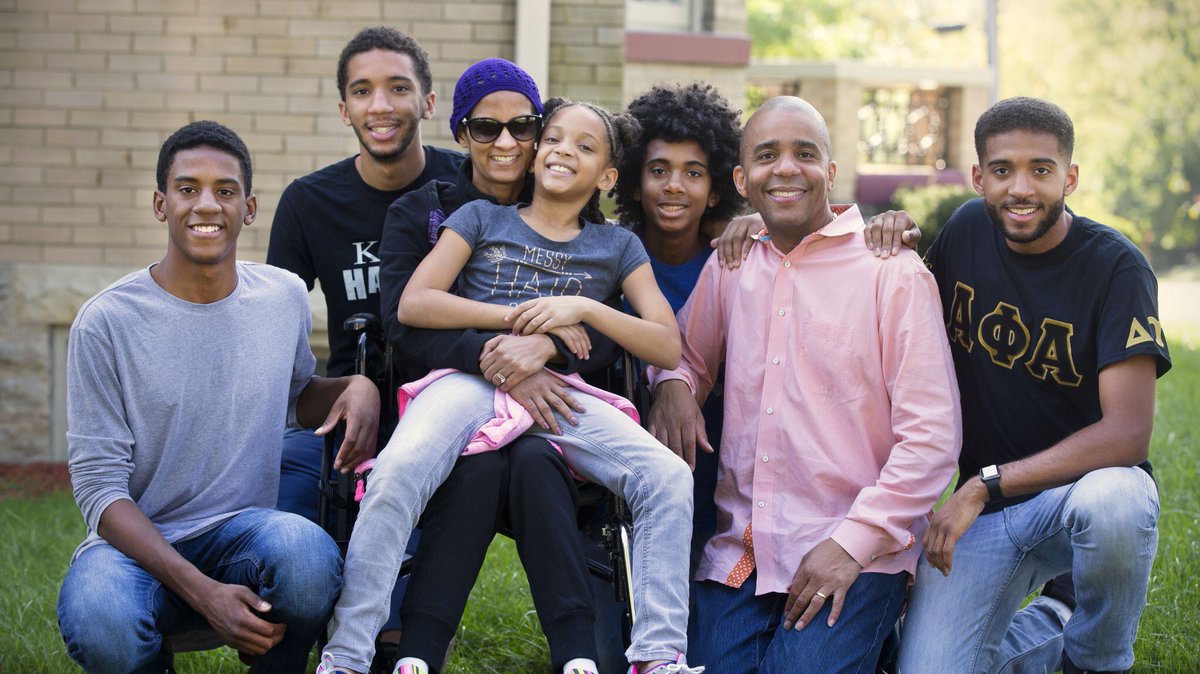 Announcing Prices for All Ohio Products in One Place